You are here: Home / 7th CPC Recommendation on Travelling Allowance

8.15.55 This allowance is in the nature of travel entitlements for different ranks of government employees. No demands have been received regarding this allowance.

8.15.56 The Commission opines that the present provisions are adequate. Hence, status quo is recommended with the present system of differentiation based on Grade Pay duly substituted by the Levels of the Pay Matrix: 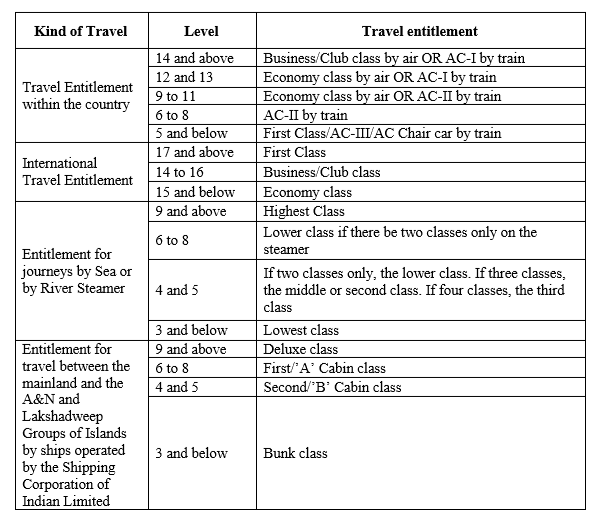 It is suggested that Indian Railways reconsider its position regarding air travel to its employees, in light of the possible savings in terms of cost and man-hours, particularly after the pay revision as recommended by the Commission. The fact that additional seats will be released in trains for the public will be an added advantage